Rotisserie Broiler Grill. I could not find one anywhere EXCEPT for people selling copies on eBay. This really bugged me, to make things worse the jerks on eBay wanted like $10.00 and up for the thing. Well, I eventually found one at a second-hand store and made an electronic copy of it. Selling this manual is just wrong… if you want a copy here it is for free

UPDATE: I recently found another Farberware Open Hearth Rotisserie Broiler Grill bad news is that although the motor work, it’s not working well; Good news is it came with another manual for me to share with you.  I was able to get additional manuals as well!  I’ve just added three more manuals and an instruction sheet. If you would like to be updated when I add more manuals leave a comment and I will send you a message each time I add another manual. 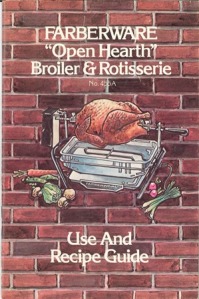 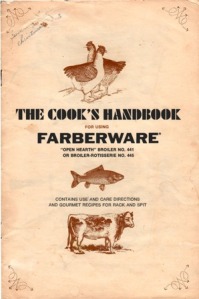 The Cooks Handbook For Using FARBERWARE OPEN HEARTH Broiler No. 441 or Broiler Rotisserie No. 445 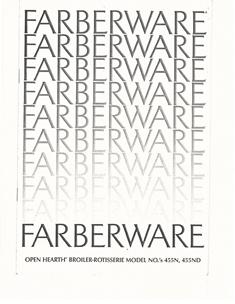