Having missed our flight from Manila to Bohol however, did provide the perfect opportunity to do my first run in the Philippines and to be honest, a run I would likely not repeat. But I couldn’t contain myself, I NEEDED to run; I needed to keep my sanity after 43 hours of travel and running is my drug, my version of Prozac.

After settling in for the night at the hotel (another story), I started an App I have on my phone to see what time the ‘Magic Hour’ would be my phone reported that hour to be 5:12AM; the time Sunrise would begin. I set my alarm for 4:30am so that I could be ready and out the door of the hotel as the sun broke over the horizon.

May is summer here in the Philippines so even though it was morning, it was still warm 82F when I started the run. It was 90F and 79% humidity by the time I ended 5.40 miles later. A warm morning is an understatement.  Unlike most of my runs in places I’m unfamiliar with, I did not map this run, not because I didn’t want to, but because the ‘Free Internet’ provided at the hotel was the equivalent of a 1200 Baud Modem dialup. That is if I could get a WiFi signal at all. So I ran blindly; relying on my normally very good sense of direction.

Once outside the hotel, I pressed the ‘Start Workout’ button of the running app on my phone. With Papa Roach playing, I took my first strides into the streets of the Philippines. Turning right onto the road; I ran toward the Mall/Casino at the end of the street; turning left I ran parallel to the mall/casino. From there the route was random; the route would move from street to street, my turns were deliberate in that I didn’t want to stop for traffic or lights. I ran past the Marriot into streets with roundabouts. Eventually, I ended up on Sales Road that just happened to be one of the busiest main roads in the area and also runs parallel to the Airport. Along with being busy, it also happened to be a street that construction was taking place on. Running on this street is one of the stupider ideas I have but my OCD drove me forward because I bothers me to run back over some place I had already run; always forward. You can see from the pictures how stupid I was.

I also knew though that this road would take me back to the hotel. By the time I reached the hotel, I was just over 2 miles into my run. NOT ENOUGH! My goal was at least 5K so I elected to run past the hotel following Sales Road. Lucky for me in this part of the road, there was a sidewalk to run on that for the most part kept me from being run over by one of the many types of people movers that frequent this road. The road however ran under and horizontally parallel a freeway and since the road is walled on the left hand side of the road, it made a perfect exhaust collection facility.

It was bad enough that the air is already heavy polluted and near the airport; having to run through this gauntlet was not nice. The only saving grace is that it was relatively still early and traffic was not as fierce as it would be later in the day.

Making it though and past that section it opened to the Philippine Air force Golf Course front gate. I followed the wall that separates the golf course from the general population and this would take me into a older section of Pasay. I love being in the Barangay (Filipino for a village, in Spanish Barrio) seeing the older building and the people of the barangay always makes me happy. The thing you will find and what I believe is a attribute of the Filipino is no matter how hard life is or how little they have they are happy and are still generous with what they have. It will be a rare instance that you not be greeted with a smile when you greet them. Their sense of family and community is one that you will be hard pressed to find elsewhere.

The Barangay is where my run started going wrong. I knew that if I just ran down this street, I should at some point run into the Airport. But every street I ran into seems to dead end or has no outlet. I could tell that large buildings had been built on the backside of the Barangay that virtually cut it off from the main though fares. I ran from street to street turning left and right, so much so I soon found myself turned around. Looking at the map of my run now, I can see that I should have turned right rather than left at one point and I would have been able to find my way out.

At the four mile mark, it was getting really hot and humid; my chest was hurting from all the pollution I was inhaling. So I decided it was time to walk and get my bearings. It took me a little bit but I was able to eventually find the wall that borders the golf course and back track my way back to the hotel.

So much for my first run; I decided that until I got to Bohol, running is a bad idea.  The pollution is so bad I am doing more harm to my body than good. Please enjoy the picture of my run below. 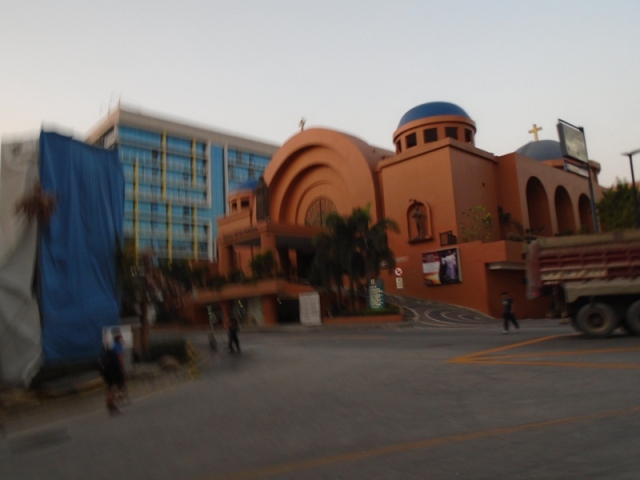 Sales Road – Nut to have run down this street 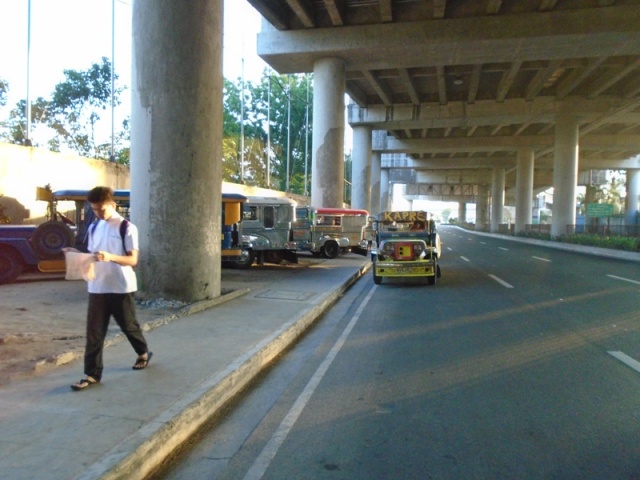 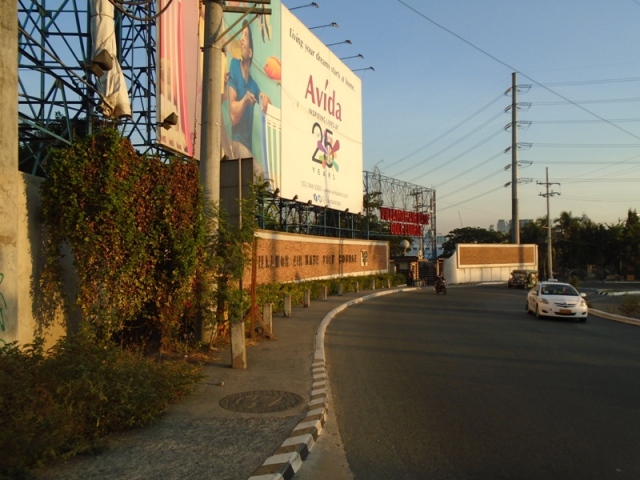 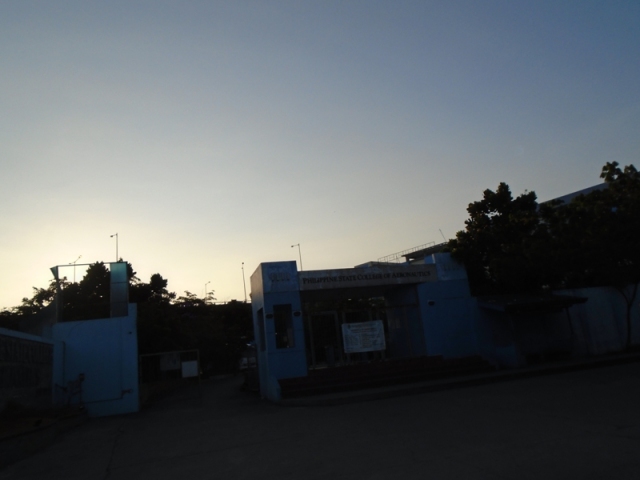 Like Loading...
This entry was posted in philippines, Running and tagged Manila, Pasay, Philippines, run, running, smog. Bookmark the permalink.